The Sizzler is a mass-production model of combat mecha modeled after Gunbuster. 800 units in this model were used in the final battle against the Space Monsters, one of which was piloted by Jung Freud.

The Sizzlers stand at about 130 meters tall, just over half the height of the original Gunbuster. They are painted black with yellow markings and are missing some of Gunbuster's distinguishing features, most notably its headpiece and shoulder spikes. 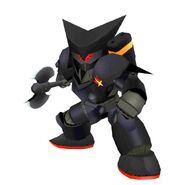 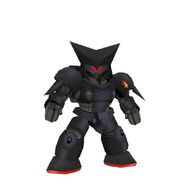